A few weeks ago, I wrote a guest blog entry for the truly fabulous blog Fit, Feminist and Fifty (which if you are not reading regularly, well, you should be). The blog entry was about my own reactions to and reflections upon the new ad campaign for SickKids Hospital in Toronto. If you haven’t seen the new ad, take a look here, it’s worth it.

I’m not going to repeat my blog entry here, but wanted to further reflect on the thoughts and discussions I’ve had and have read since publishing the blog entry, based on social media discussions and commentaries as well as others in the wider media, including Andre Picard’s take on the ad in the Globe and Mail along with Louise Kinross’ views on the ad as published in the Holland Bloorview Bloom newsletter.

When I first wrote about the ad campaign, I really feel that I stepped outside of my own comfort zone. As I said in the blog entry, I didn’t want to like the ad. I actually felt a vague sense of unease and betrayal-of-self when I watched it and it both moved and compelled me. The language and imagery of “victory” and “fighting” illness or disability, implies both winners and, inevitably, for those who are ill and are worsening or for those perhaps living with chronicity, it implies non-winners, or (it’s hard to even type this) losers. Sigh. Not an image I’d ever support. I agree, one hundred and ten percent, how deeply problematic it can be to use confrontational, and even violent battleground and wrestling imagery to suggest winners and losers in the random lottery of health and illness.

There has been a great deal of discussion and debate about the illnesses or diagnoses referred to, in the ad and the surprising inclusion of autism in the ad alongside cystic fibrosis, cancer, and kidney disease. I’m still mulling over the inclusion of autism in this group of childhood illnesses, as something to be overcome, or even “cured”…? From the perspective of ableism, putting autism in there is arguably akin to suggesting that it is a condition seen as less-than-okay, as unfortunate, as something to be fought against, figured out, even solved (keeping in mind that “the puzzle of autism” is an extremely common theme out there) rather than, quite simply, a different way of being in the world. I am aware that I come at all of this, not as a person with autism, but rather as a parent of one child with autism, who also has a significant developmental delay and some physical limitations as a result of her low tone and dystonia. A child who struggles with tasks and concepts and skills many of us take for granted. A child who fought her way through three years of intense physiotherapy to finally toss aside her walker at the age of 5 and walk imperfectly but independently. My view of autism reflects only my own experience – and the experience of my family – and I both recognize my position of privilege (looking “in” from outside autism) and my lack of understanding of what it means to be a person who lives with autism (and the marked diversity of experiences of “living with autism”). Do I see autism as “something to be cured”? No. I couldn’t imagine Georgia as anything different than what she is. But, would I remove her struggles, if I could? Would I put on warrior gear, unsheathe my sword and yell “Charge!” against those ever-present struggles? Yes. Yes, I would. Her different way of being in the world is, in fact, a double-edged sword, with wonderfully unique qualities and attributes alongside often-tiring daily challenges.

I wrote, in my original blog entry, about the compelling images throughout the ad. One smart and thoughtful friend who is a NICU nurse, noted that, for her, none of the kids actually looked like the sick kids she encounters. That, for me, was striking and food for thought. Many of the images – while all “sick” kids, we presume – are clear-eyed children who meet the gaze of the camera purposefully, with a focused strength. There are no images of a child who often can’t make eye contact, like Georgia. Or of a weakened child, swollen from the side effects of medication, with tubes and devices sustaining life. There are no images of a Down’s Syndrome child after cardiac surgery, or children with horrible surgical scars, with draining wounds, disfigurements or tracheostomies. The images of a child – from the side and behind – pulling a walker and a young man with an amputation, along with the image of a Betadine® solution scrub on an abdomen in preparation for surgery were the closest to some of the realities of the experience and imagery of “sick kids”.

But let me be clear – again – about the two things I think this ad campaign does well. First, it makes you see the child first. As I said in the original blog entry, you see the child first, and not the wheelchair. You see – and hold – the gaze of the child and you notice the posture, the presence, a small purposeful movement. Only afterwards do you see the illness, the injury, the IV pole, the cancer.

Second, it shows – to me – a clear message about the strength of kids. About the resilience and the presence of children. Losers and winners aside, it demonstrates that there are inherent strengths in each of us and in every child. Even a sick child. Even a child with a chronic disease, with cancer, with a disability.

But I think that the absolute best side effect of this ad is that it has people talking. Talking about children. About children who are sick. We don’t do this very often, except in hushed tones. We don’t have enough dinner conversations about kids with cancer and what we think about it all. Many of us worry about talking about a child who is seriously ill, about what the right words are, about what not to say. We may speak with pity, with sorrow, with regret and worry. We speak about children who are sick tentatively, haltingly. I’ve experienced so many hushed tones, hesitancy and uncertainty when people talk to me about Georgia. I understand it, but I want to talk – all the time! – about Georgia, about her autism and her physical challenges and victories (and thus this blog). I am more than perfectly fine with talking about our almost seven-year crusade to conquer the putting-on-of-socks. I’m as proud of that accomplishment as other parents are of scholarships, athletic trophies and academic awards. But not everyone is comfortable talking about it like that – and so I’m glad maybe we can talk about all kinds of things like this, just a little more openly, because of this ad campaign.

I’m not sure if opening up discussion was an intended side effect of this campaign or an unexpected event in the midst of seeking donations. SickKids, this week, published not only a next ad in the campaign, but also, and interestingly, an online press release with further commentary on the campaign, both released a (maybe purposeful and planned) good month or so after the release of the original campaign ad – just a perfect amount of time to stir up plenty of discussion.

There’s no right and wrong in this discussion – some people love the campaign and others object strongly to it, all with their own very good reasons – but even with the polarity of responses, the one thing we are all doing is talking. Talking about sick kids. About health and illness and our perceptions of it. About how we think about children, and the experience of childhood when faced with illness or disability. About what it means to be strong – or not. And that is, undeniably, a very good thing. 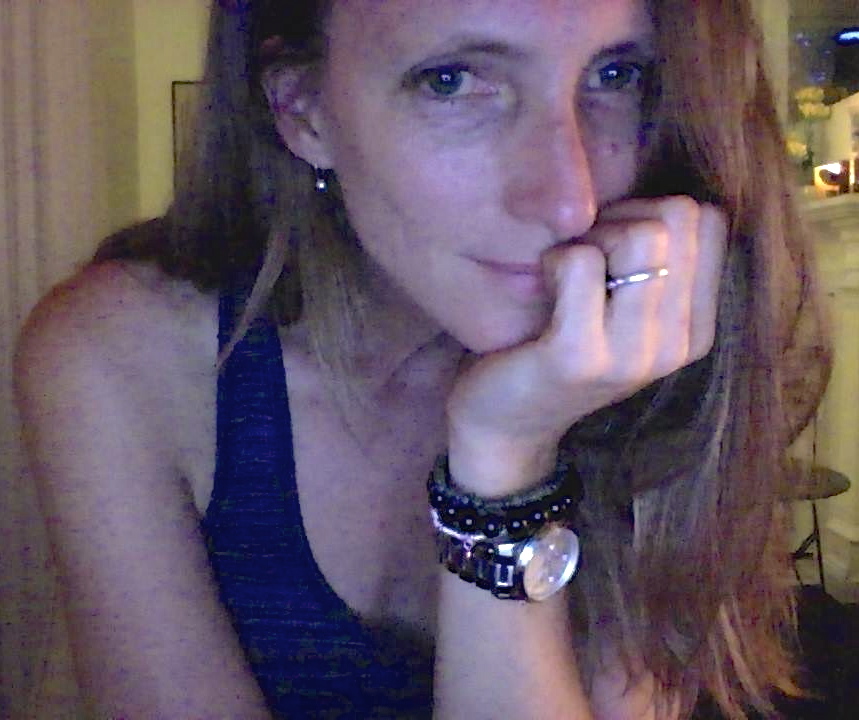 "Introducing Georgia" (This is the best place to start.) 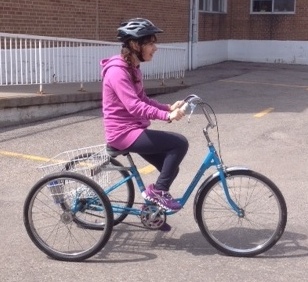